Improved operations at the Port of Cape Town welcomed 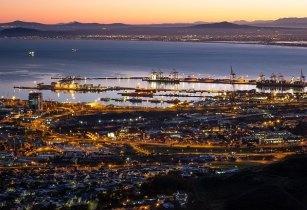 The efficient performance of the Port of Cape Town is critical to economic recovery and growth for the Western Cape however, ongoing operational challenges have resulted in poor service levels that are impacting our economy in the Western Cape

The COVID-19 pandemic has further aggravated the situation to such a degree that three major shipping lines cancelled calls to Cape Town or implemented a Cape Town congestion surcharge.

This required urgent action and interventions and through the ongoing engagements between the government and the Transnet Port Terminals management and effort by all stakeholders in the port logistics chain, there are some significant developments in the recent weeks.

Velile Dube was appointed as the new CEO of Transnet Port Terminals, a crew of 20 staff members were brought in from the Port of Durban to temporarily assist and the Port of Cape Town received four new straddle cranes.

While the additional staff returned to the Port of Durban last week, there has been a consistent effort to contain COVID-19 infections and, with the assistance of the provincial Department of Health and the Department of Economic Development and Tourism, this has enabled a number of major personnel to return to work maintaining the six-gang operation.

The average container moves per day has increased from 533 in the week of 25 May to 1,179 last week and the period for berthing of vessels at anchor has reduced from 20 days to one day.

There is still much work to be done. And so, in addition to our existing efforts, the Department of Economic Development and Tourism have recently approved a project to integrate data from all fruit packhouses in the Western Cape into a decision-support tool that identifies the best days, times and routes for optimal delivery of containers for export in order to ease congestion in the container terminal.