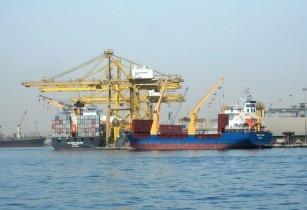 PAD is the owner of the Port of Dakar. The bond raised more than US$107mn. The issue marks the start of the process of relocating the capital city’s port and its operations to a new greenfield site.

In June this year, as COVID-19 began to impact the global economy, EAIF backed a local currency bond issue by Senegal’s largest telecommunications company, Sonatel. The issue was successfully placed and attracted regional and international investors and demonstrated investor appetite for participating in African infrastructure projects. PAD approached EAIF following the success of the Sonatel issue.

The proceeds of the PAD bond will help fund phases one, two and three of the move of the port of Dakar from the centre of the city to a deep water port location 35km by sea and 70 km by road from the existing site. The port will be part of the new special economic zone that includes Dakar’s international airport, which opened in 2017. New and upgraded road and rail links will connect the port and airport to Dakar and into the regional transport network. The seven year bonds will have a coupon rate of 6.60%.

Financial close (the transfer of funds from EAIF to Port Autonome de Dakar) took place on 13 October. The bond was issued on the regional UEMOA stock exchange.

Roland Janssens, director at EAIF’s managers, Ninety One, said, “Supporting enterprise zones around major ports is a core strategic economic development objective of PIDG and EAIF. So too is contributing towards strengthening local capital markets. Port Autonome de Dakar is to be congratulated on its vision and ambition. The new port will help make Senegal a more competitive international economy and have benefits for the whole of West Africa.”

Invictus Capital & Finance was lead arranger of the bond issue. The CEO El Hadji Mbacké Fall commented, “As a regional specialist in capital markets, Invictus is proud it was able to use its expertise and local knowledge to help at the birth of such an important infrastructure development for Senegal and West Africa. The success of the issue is an encouraging sign of the attractiveness of Senegal to international investors.”

PAD has developed a “Green port” strategy that aims to minimise the port’s carbon footprint. The plan includes a commitment to a large-scale tree-planting programme to help deforestation in other parts of the country.

Dakar’s existing port employs some 1,800 people. PAD estimates that an additional 400 jobs will be created when the port relocates. The construction phase is expected to bring work to some 3,000 people.

The project is forecast to have a ten to fifteen year construction period. It is part of the Government Of Senegal’s economic development plan that will take the country to 2035. Relocation will free up valuable waterside land in Dakar city. Among the benefits of ending most port activities in the city centre will be greatly reduced road traffic congestion, lower pollution from road traffic emissions and the stimulus of new economic activity in the land vacated by the port.