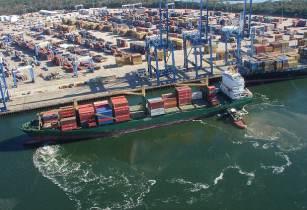 The World Bank, UK’s Department for International Development (DFID) and TradeMark East Africa have launched a project worth US$596mn aimed at improving the operational efficiency of the Dar es Salaam port in Tanzania

The project, titled Dar es Salaam Maritime Gateway Project, will improve the physical capacity of infrastructure and operational efficiency at the port by demolishing sheds 2 and 3 of the port.

In addition, roads leading to the port would be upgraded and gates to introduce a single way traffic flow system would also be installed. Dredging and modernisation of berths to allow handling of bigger vessels will also be executed.

The project is a Tanzania Ports Authority plan, which was a response to the east African nation’s Big Results Now initiative, aimed at generating capacity to cater to the impending traffic growth at the port.

With timely and phased implementation of the project, the port could very well become a big income generator for Tanzania, according to East African Cooperation minister Harrison Mwakyembe.

The first phase of the project is expected to increase the port’s throughput to 18mn tonne by 2016-2017, while the second phase will increase throughput capacity to 28mn tonnes, said project officials.