Construction on Mombasa’s port to begin in early 2017 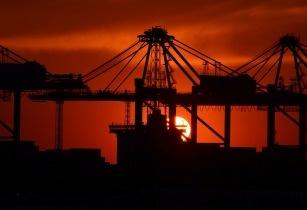 The port of Mombasa is a key trade gateway to and fro East Africa. (Image source: Huskyherz/Pixabay)

Kenya Ports Authority managing director Gichiri Ndua said that the construction is likely to cost nearly US$213mn, and provide an additional capacity of 470,000 and 550,000 TEUs.

Following this construction will be the development of the third phase where a 300-metre long berth will be constructed and eventually add 450,000 TEUs, added Ndua.

Phase 1 is more than 90 per cent ready and is expected to be completed by February 2016. The entire project is estimated to cost US$900mn, said KPA authorities.

In order to begin work on the second phase, the government had signed a US$241.3mn loan agreement with the government of Japan. The terminal will mostly be operated by an international operator through a 25-year concession, revealed Ndua.

According to local reports, the traffic forecast has indicated that annual container throughput will rise from 1.012mn TEUs handled in 2014 to 1.12mn this year. It is expected to further grow to 1.8mn upwards to three million TEUs between 2016 and 2030.

The Mombasa port acts as the main gateway to the East African hinterland, including countries such as Uganda, Rwanda, DR Congo, Burundi and Southern Sudan, and considered a major port in the region.