African ports are setting the pace on infrastructure boom

From Benin and Côte d'Ivoire to Djibouti, Congo and Somaliland, African countries are expanding port capacity to boost trade and economic diversification 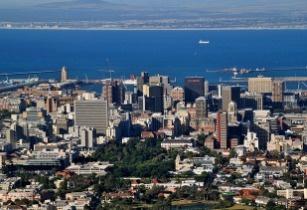 The developments aim to boost trade and economic activities across the continent. (Image source: Anja/Pixabay)

Morocco’s Tanger-Med port has become the Mediterranean’s largest, while Kenya is about to launch a decades-long ‘master plan’ to transform shipping and logistics.

On 5 August, Gabon secured US$341mn funding to expand capacity at its Owendo port in the capital Libreville. On the same day, Namibia launched a US$268mn expanded container terminal at its main port of Walvis Bay.

Some of this is being driven by a mix of government spending, donor funding and private investment from companies including France’s Bolloré and Dubai’s DP World.

China appears to be the game-changer. According to research by Deloitte, 52.8 per cent of the billions Beijing has pumped into infrastructure in Africa since the turn of the century has gone to ports, shipping and logistics projects. These could add 85 million tonnes of new annual capacity.

The initiative is in line with Africa’s needs to infrastructure development to drive trade and investment, in which ports developments are seen to be refreshing bright spots.