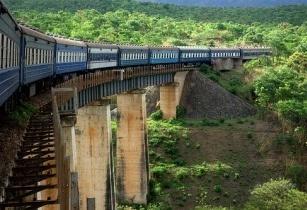 Zambia has partnered with Korean Railroad Company (KORAIL) to revive the operations of Zambia Railways Limited (ZRL), which was recently repossessed from the Railway Systems of Zambia (RSZ)

According to Bob Sichinga, the minister of commerce, trade and industry, the government urgently requires an investor who can design, build, operate and provide efficient cargo and passenger rail network services to Zambians.

“We concessioned ZRL but it did not work well. We want to revive this company and we believe Koreans can do a great job,’’ Sichinga said.

KORAIL is a parastatal firm which is owned by the South Korean government, with a turnover of US$4.2bn and net profit of US$409mn as of 2011.

“We want an investor who will consider opening a route from Chingola to Mpulungu, Angola and from Mulobezi to Caprivi. Transporting goods by road is unacceptable because it is causing damage to road infrastructure,’’ Sichinga explained.

Sichinga invited KORAIL to visit Zambia and conduct a due diligence study on the railway network in the country.

"This is the right time for you to conduct a feasibility study because we recently cancelled the concession agreement of ZRL to the railway systems of Zambia," he said.

So far, offers have been received from the USA, France and South Africa, with the highest bidder set to obtain the tender.

Hyun expressed his company’s interest in exploring Zambian investment opportunities and said he would consider the request by the Zambian government, sending a team to conduct a feasibility study on the programme.

Sichinga, who accompanied Zambian president, Michael Sata, on his maiden visit to South Korea, said the trip has opened up new investment opportunities for Zambia.