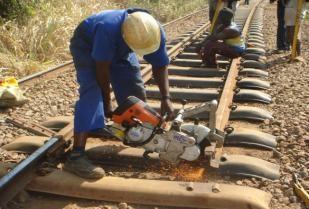 According to the Tanzania Daily News, the managing director of the Tanzania Railway Asset Holding Company (RAHCO), Bernhard Tito, said that the company had shortlisted 10 consultancy firms out of the 22 that applied for feasibility studies.

Tito added that the company had floated tenders for potential investors to invest in the project via engineering, procurement, construction and financing.

"Tender bids were opened on June 21st, this year, in which 12 companies bid for the project but only six companies have been shortlisted," said Tito.

"The shortlisted companies have been notified and are required to submit detailed proposals."

Tito said that the improvement of the route from Tanga (Mwambani) to Arusha and the construction of the railway from Arusha to Musoma is expected to be of the standard gauge.

The railway will be 438km long and 1.435 metres wide and will branch out to Liganga and Mchuchuma mines via Songea.