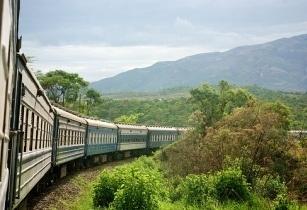 The authority's original target for the 2016/2017 financial year was to transport 381,000 metric tonnes. (Image source: DSEpics)

Malawi's government has ordered the Tanzania-Zambia Railway Authority (TAZARA) to move 48mn litres of petroleum products in the next 12 months, starting this month.

"As we consolidate our turnaround mission, we are delighted to announce the conclusion of an Agreement with African Fossils Limited of Tanzania to move 18mn litres (18,000 metric tonnes) of petroleum products to DR Congo in the next one year," said TAZARA spokesperson, Conrad K.

"We are grateful to African Fossils Limited for giving us a vote of confidence through this order, which also reaffirms the faith that our customers have generally placed in us to transform the Authority," he said.

"We believe we are well on course to turn around TAZARA's performance, which had dropped to the lowest in the Financial Year 2014/2015, when a paltry 87,680 metric tonnes was transported."

The authority will mark its 40th anniversary on 28 July.