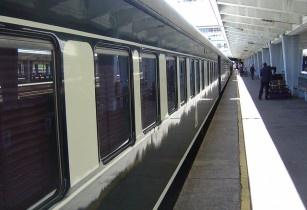 The MCX solutions aim to support the future railway mobile communications systems (FRMCS) of the International Union of Railways (UIC) to build a global rail traffic management system (GRTMS) for the entire rail industry, bringing significant economic and operational benefits and efficiencies to operators in the process.

“The rail industry is at the forefront of the mission-critical communication revolution and GSM-R based systems have already been replaced by LTE-R solutions in the Asia-Pacific (APAC) and the trend is expected to widen across other markets in 2019/20,” said Pierre Hagendorf, CEO of Softil.

The new radio system for the railway industry aims to guarantee the interoperability with GSM-R whilst delivering on these three main areas:

LTE-R is the foundation for the railway variant of the 3GPP MCC over LTE/5G (MCPTT) standard. What sets the LTE-R technology apart from the currently used GSM-R is that it brings the full power of broadband networks including voice, video, text, images, location and more and not just simple voice.

The Softil BEEHD framework is LTE-R compatible and set to enable Siemens Mobility’s solutions to deliver stable voice as well as data communications on trains running at speeds in excess of 400km per hour.