GE to assemble 200 locomotives for Nigeria 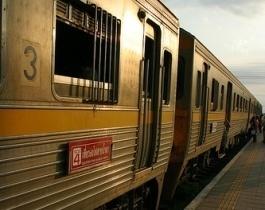 The minister of transport Idris Umar, said that upgrading, renovation and development of a multi-billion dollar locomotive assembly plant will be part of the agreement.

According to the minister, 25 locomotives had already been procured from GE while 366 coaches and bandwagons have been refurbished for Nigerian Railway Corporation’s use. The country will also be awaiting the delivery of for new locomotives in July.

“An order has been placed for two sets of diesel multiply units, of capacity of 640 passengers, both of which will arrive in Abuja in 2013. Another procurement of six modern air conditioned coaches, with a seating capacity of 68 passengers each, will arrive in December 2013,” the minister explained.

Umar said that Nigeria has also approved the refurbishing and remodelling of major rail terminals to integrate modern business outlets under the platform of public-private partnership (PPP) deal.