Nigeria’s Transportation Ministry has awarded a US$13.1bn contract to China Railway Construction Corporation Limited to build a coastal railway line in the country, that will extend across 10 of its 36 states 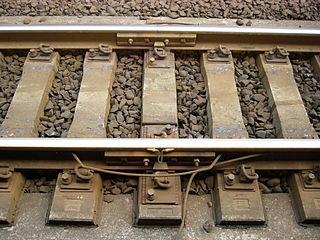 The railway line will also have 22 railway stations which will spread across 10 states. (Image source: Wikimedia Commons)

According to the company, the railway line will be 1,385 km long in one-way mileage. The railway line, which will be designed for a speed of 120 km/h, will also have 22 railway stations which will spread across the 10 states.

China Railway Construction Corporation Limited revealed in a statement that China Civil Engineering Group Co. Ltd., one of its subsidiaries, inked the deal.

However, discussions are still on between the company and the Ministry of Transport based on the framework released.

The contract amount represents about 13.8 per cent of China Railway Construction's 2013 operating revenue under Chinese accounting standards, the company said.

The announcement came as Chinese Premier Li Keqiang, during a visit to Ethiopia, unveiled extra aid for Africa totalling at least US$12bn and offered to share advance technology with the continent to help with development of high-speed rail, state media reported.