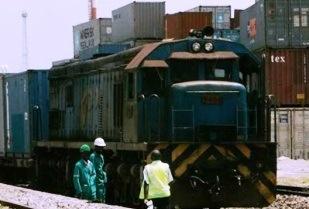 The development is expected to boost trade in Southern Sudan and the east of the Democratic Republic of Congo.

According to government media, the first train transporting steel imports has arrived in Gulu, which borders Southern Sudan.

The consignments were then set to be transported by road to Juba in Southern Sudan.

The route, which was last in operation in 1993, has been re-opened for business following the completion of repairs on the track, bridges and culverts.

The railway line provides easier access to the Albertine region in western Uganda, which is rich in oil.

"We will now be able to provide a more efficient cargo transport to customers along routes in northern Uganda, eastern DR Congo and South Sudan," Rift Valley Railway (RVR) operations manager, Josiah Nyarangi was quoted as saying by The New Vision.

The development is a major step in the overall efforts to improve infrastructure in East Africa.

The two-million dollar rehabilitation was funded by RVR with the aim of facilitating cargo access to northern Uganda and allow easier trans-shipment by road to Juba and eastern DR Congo.

Nyarangi added that the possibility was currently being explored of improving cargo Gulu's handling capacity and using the town as a logistical hub for northern Uganda and other nearby countries.

There was a substantial drop in rail freight during the 2012/13 financial year according to official state figures.

Net-tonne kilometres were down by 19 per cent in and there was a 20 per cent decrease in gross tonnes carried.

This was in spite of track improvements between Mombasa and Nairobi and the installation of culverts between Tororo and Jinja in eastern Uganda.