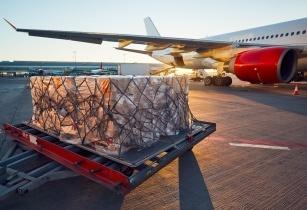 African carriers posted the fastest growth of any region in August, with an increase in demand of eight per cent compared to the same period last year, according to the latest IATA analysis

This continues the upwards trend in FTKs that has been evident since mid-2018 and makes Africa the strongest performer than any other global region for the sixth consecutive month.

Capacity has grown by 17.1 per cent year-on-year due to strong trade and investment linkages with Asia underpinning a double-digit increase in air freight volumes between the two regions over the past year. China also recently confirmed a further US$60bn investment into the continent.

In contrast, North American, European and Asian Pacific carriers saw their freight volumes decline by 3.9 per cent, due to the ongoing trade war between USA and China.

“The impact of the US-China trade war on air freight volumes was the clearest yet in August. Year-on-year demand fell by 3.9 per cent. Not since the global financial crisis in 2008 has demand fallen for 10 consecutive months. This is deeply concerning. And with no signs of a détente on trade, we can expect the tough business environment for air cargo to continue. Trade generates prosperity. Trade wars don’t. That’s something governments should not forget,” said Alexandre de Juniac, IATA's director general and CEO.