Gearing up for growth 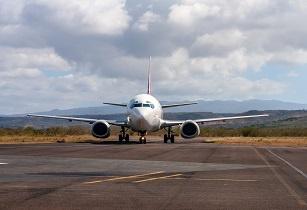 The terminal has the capacity to process 14 million passengers per year, reflecting the city’s growing significance as a business hub for the continent. It is part of a much broader upgrade plan for Nigeria, with other new terminals also underway or completed in Abuja, Port Harcourt, Kano, and Enugu.

Nigeria operated a total of 9,675 flights on international routes and 74,537 flights on domestic routes during 2021, with passenger numbers reaching just over one million and six million respectively, according to the country’s Civil Aviation Authority.

Given that Nigeria’s population is set to grow exponentially over the next generation, the new facilities will provide a platform for long term growth and underpin the next stage of economic development.

Learn more about the projects defining the continent's aviation sector in the May issue of African Review here.