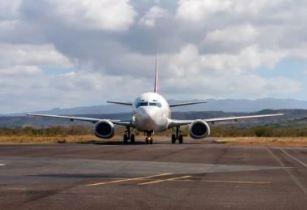 The Central African Minister of the Economy, Planning and Cooperation, Félix Molou, and the country manager of the AfDB, Mamady Souaré, initiated the protocols, which relate, on the one hand, to the project of support for the modernisation of the Bangui-Mpoko International Airport, phase II (PAMAB II) and, on the other hand, on the project to support resilience and food and nutritional security in the prefectures of Kemo and Ouaka (PARSANKO).

Mamady Souaré welcomed the signing of these agreements, reflecting “the excellent cooperation” between the Central African Republic and the bank and sent the government a personal message of support from the president of the Bank to the Central African people.

PAMAB II, funded to the tune of US$11.44mn, aims to consolidate the role of air transport in serving the Central African Republic through secure, safe, efficient airport services and quality, in accordance with international standards. This second phase completes PAMAB I and the support project for the National Civil Aviation Authority. The entire airport modernisation project has a budget of some US$18.36mn, including the national contribution.

The activities selected within the framework of PAMAB II concern the improvement of airport safety and quality, facilitation and signage as well as support for the aviation sector. The project will thus make it possible to upgrade the terminal, improve passenger control, baggage handling and better equip the freight area.

The realisation of PARSANKO aims to support agro-pastoral production and community initiatives. For crop production, priority will be given to the maize, cassava, peanuts and paddy rice sectors. The focus will be on poultry, pork and goats and sheep for animal production.

In order to allow the beneficiary populations to benefit from the project on a sustainable basis, efforts will be devoted to financial education, the structuring and professionalisation of producers' unions and the development of rural entrepreneurship, especially that of young people and women. PARSANKO will also support the promotion of nutrition, access to water and health through support for school canteens, the construction of health centres and boreholes.