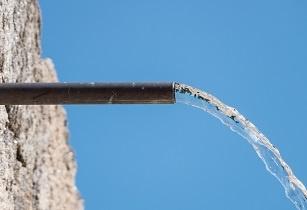 The project is expected to be completed in the first half of 2024. (Image source: Adobe Stock)

Around 80% of Senegal’s industrial activity takes place in Dakar, and the population of this city has been increasing in recent years. In addition to looking for ways to ensure a safe supply of water to this city, Senegal is working to diversify its water sources and reduce loss from water leakage.

This work being undertaken by Yokogawa is for the Mamelles Sea Water Desalination Project, which is being financed by a loan from the Japan International Cooperation Agency.

The construction of this water distribution network monitoring system will stabilise water supply and improve service throughout the Dakar Region. It will improve access to the water pipe network and thereby ensure the supply of safe water to Dakar.

Yokogawa Solution Service will install sensors to collect flowrate and pressure data at around 200 locations in Dakar’s water pipe network and construct a water supply management system that is capable of locating water leaks and other such problems. This will contribute toward the project goals, which call for the achievement of at least a two million ton reduction in annual water losses caused by leaks in the water pipe network, and an increase in the 24-hour water supply rate from the current 70% to 100%.

The project is expected to be completed in the first half of 2024.