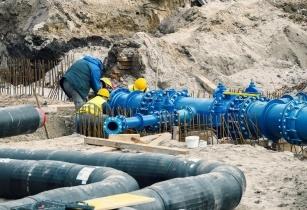 The DBSA’s funding will be used for new infrastructure development, ensuring water security in South Africa.

This transaction strengthens ongoing cooperation between the two parties and furthers their mutual water infrastructure mandates. It will significantly increase the DBSA’s loan book exposure in water and sanitation, one of the bank’s key focus sectors.

Zodwa Mbele, group executive of DBSA, said, “This is a significant transaction and as the DBSA, we are proud to be instrumental in the continued implementation of this historical and highly developmental project for both South Africa and Lesotho. The anticipated economic shift speaks to significant combined GDP impact of about US$18bn in the two countries, additional water supply to support about 60% of the South African economy and incremental royalties to the Kingdom of Lesotho, which are the key to its fiscus and national economy. This positive impact is timely to re-ignite infrastructure led economic recovery.”

“The projected social impact includes the provision of additional water to about 45% of the South African population across multiple provinces, including Gauteng, Free State, North West, Northern Cape and Mpumalanga. Substantial direct and indirect job opportunities of approximately 545,000 are expected from this continued project development in both Lesotho and South Africa,” concluded Mbele.