In a water resource management thought leadership piece, John Conboy, director of sales and marketing at Danfoss Drives for the Middle East and North Africa, has said that scarcity of fresh water has become an unavoidable and serious threat and outlined the technologies available which could reduce this 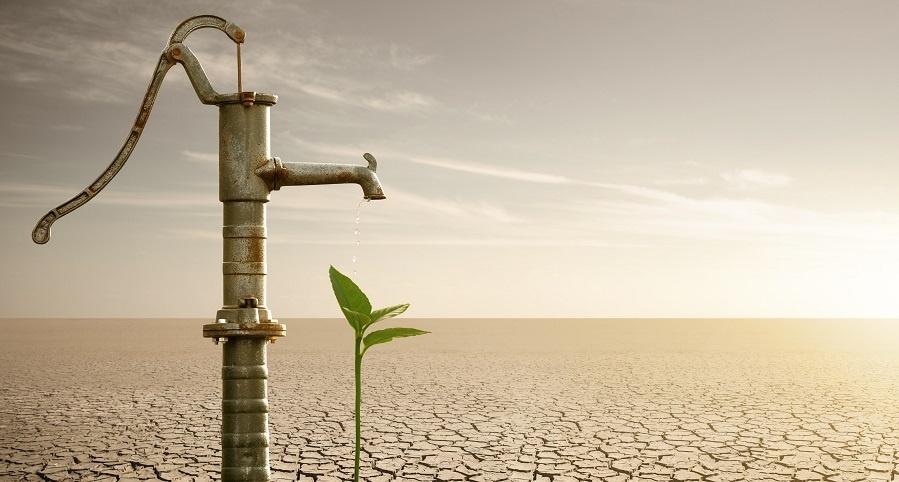 It is estimated that close to one-third of the world’s population will live in water scarce areas by 2025. (Image Soruce: Danfoss)

Water resources and the proper management thereof, is not an alien concept to anyone anywhere in the world. Some struggle with scarcity and some with purification; the fact remains that the world has been fighting an escalating water crisis.

A water crisis is evaluated as one of the highest risks to the world and a crisis with the largest impact, according to the World Economic Forum.

The MENA region, in specific, has been guilty of unsustainable water use, with more than half of current water withdrawals in some countries exceeding the natural water available. This isn’t hard to believe considering more than 60% of the region’s population is concentrated in places affected by high or very high surface water stress, compared to a global average of about 35%, according to a recent report by the World Bank.

Contributing to this, water scarcity will also be affected by the changing climate which, by 2050, will cause economic losses estimated at 6-14% of GDP — the highest in the world.

This contributes to an alarming forecast, that at any given time, over half the world’s hospital beds could be filled by people suffering from water-related diseases, according to UNDP.

To address this adverse development, large organisations are driving global awareness towards the plight of limited water resources. The World Economic Forum has already raised the alarm, and is supported by multiple NGOs, political agreements, and the United Nations, with the latter having developed 17 Sustainable Goals, with the ambition to transform our world — goal number 6 is to ensure access to water and sanitation for all.

As the number in global population rapidly increases and so urbanisation and surprisingly a growing middle class, might heed a positive sign of improved living standards; we need to be reminded that as populations grow, so does environmental pressures.

And along with the consumption patterns of an expanding middle class, this will apply critical pressure on food, water, and energy supply, as the demand increases during the next couple of decades.

The global demand for fresh water will rise by 40%, which will put pressure on water-stressed areas. Adding to this, the demand for energy will go up by 50% — further stressing these areas, as 90% of all power generation is water-intense.

As a result, it is possible that power plants will be forced to lower their production of energy due to the lack of water for cooling. Hence, we need to start using water more efficiently to meet the growing demands for water, food, and energy.

There is a strong relationship between everyday consumption of food and the use of water. For instance, it takes 70 litres of water to grow one apple and 40 litres to produce one slice of bread. However, what really puts pressure on the water supply is meat production: to produce one kilo of beef, 15,500 litres of water are needed.

As both the population and the middle-class increase, the future demands for everyday goods will increase significantly — putting great pressure on the environment as withdrawal of water for agriculture already accounts for approximately 70% of all water used globally.

It goes without saying that water is a resource that is essential for continued human and economic development, and therefore must be protected. We cannot refill the world’s freshwater reserves. But we can change the way resources are used.

The good news: Technologies to reduce energy consumption and leakage at all stages of the water cycle already exist — from production and distribution to wastewater pumping and treatment. Pressure sensors and variable speed drives play a key role in reducing global water and energy loss — especially when it comes to controlling irrigation systems which will have a major impact. And with intelligent monitoring and adaptive pressure control, water utilities worldwide can significantly improve pressure management, leading to a great reduction in leakage and non-revenue water.

The world stands on the verge of a sustainable transformation

Today, we have proven and reliable solutions to meet many of our climate, urbanisation, and food challenges, and we are just getting started. Driven by the power of an electrified society and fueled by the opportunities of going digital, Danfoss is dedicated to engineering solutions that can unleash the potential of tomorrow.

Across the globe, our sustainable, smart technologies power industries and cities, secure a reliable food supply, and create healthier, more comfortable indoor climates. At the same time, we’re developing solutions that integrate renewables into tomorrow’s smart energy systems, where on- and off-highway machinery and shipping are powered by hybrid and electric motors.

This is where the transformation starts – in the way we heat, cool, connect, and feed a growing population. Together with our customers, we help make a greener and better future a reality.

Together, we are engineering tomorrow.