Is PPP the future for the water-stressed sub-Saharan Africa? 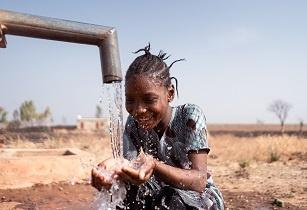 Water is a precious natural resource, essential for life, environment, and development and yet sub-Saharan Africa is grappling with dangerous water stress as one-third of the population is facing water scarcity

Approximately 400 million people lack access to basic drinking water and travel daily for 30 mins (on average) to access water in the region. The economic growth rate for most of the sub-Saharan countries has been slow. Adding to the issue, the countries in sub-Saharan Africa lose 5% of their GDP annually because of lack of access to clean water and poor sanitation (according to the AIP Water). This poor economic performance has resulted in growing fiscal constraints, resulting in decreasing budgetary allocations to safe water supply and sanitation.

According to Continental Africa Water Investment Programme, Africa needs investments of up to US$64bn per annum to address the water scarcity issue to meet the 2025 Africa Water vision. Still, yet only US$10-19bn per annum is allocated to the sector. Due to this enormous gap, the governments realise the need to bring in the private sector and use the Public-Private Partnership (PPP) route to bridge the gap.

For Instance, In Rwanda, Kigali Water is one of the first competitively tendered water projects to be developed using the PPP model in sub-Saharan Africa. The large-scale water treatment plant became operational in 2020 and produces 40 megaliters of clean water per day, equivalent to one-third of Kigali's total supply and supplies to over 500,000 customers.

According to World Resources Institute, Botswana is one of the 33 listed countries expected to become "highly water stressed by 2040.” To resolve and to meet the growing water demands, Botswana followed the footsteps of Rwanda and is also moving toward the PPP route. Water Utilities Corporation, Botswana launched the competitive tender for Glen Valley wastewater treatment and reuse plant – the first of its kind project in sub-Saharan Africa. It is a combination of a wastewater treatment plant (capacity of 90 MLD) for treating industrial and domestic effluents and a reuse plant (capacity of 50 MLD) for conversion of the treated water into potable water. The bids were submitted on 30 May 2022 by four consortiums of international and regional developers. The preferred bidder is yet to be announced for the project.

As more and more countries realise the advantages of involving the private sector and operational efficiencies, more PPP projects can be expected in the near future to solve the issue of water scarcity and access to clean water in the region. Improving access to water shall promote economic growth, enhance food security, and improve the overall health, putting sub-Saharan African countries on a more sustainable, inclusive development path.

This article is authored by Synergy Consulting IFA.