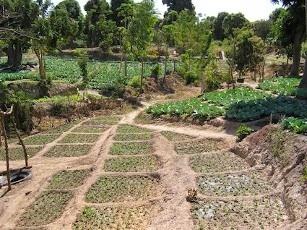 As the world's urban population continues to swell, the need to employ new and innovative approaches to ensuring safe and adequate water for city dwellers in developing countries is becoming increasingly pressing, FAO said.

"Within the next 20 years, 60 per cent of the world's population will live in cities, with most urban expansion taking place in the developing world. Ensuring access to nutritious, affordable food for the poorer of these city-dwellers is emerging as a real challenge," said Alexander Mueller, FAO Assistant Director-General for Natural Resources.

For instance, rainwater harvesting in cities holds great potential for urban agriculture, but is as yet relatively untapped.

Urban residents, who must purchase rather than grow their food, are particularly vulnerable to increases in the price of staples -- especially in developing countries.

Many low-income city-dwellers have long relied on backyard gardens or chicken coops as a way to supplement their incomes and feed their families.

In today's era of volatile food prices, there has been a return to these traditional practices of cultivating food in urban settings.

A key questions, says FAO, is how to safely and sustainably scale up urban and peri-urban agriculture and increase its contribution to meeting the needs of urban populations, while simultaneously coping with resource bottlenecks.

Shortages in irrigation water in and around cities, combined with a heightened interest in urban farming, has highlighted the potential for water reuse in urban environments.

"Right now, farmers and cities are competing for water. Cities are using water then putting it back out, polluting the environment. It would make so much more sense if more of the water used in the cities was then cleaned and reused in agriculture," according to Javier Mateo-Sagasta, a specialist with FAO's Water Unit.

Doing so would reduce water scarcity and free up more of the precious resource for urban and peri-urban food producers, who would not only spend less on acquiring water but also on buying fertilizers, since treated wastewater is rich in nutrients.

FAO is working with its member countries to explore options for water reuse, while ensuring that this water is carefully treated and managed in order to be safely and hygienically used to produce crops.

In areas of high water scarcity, some cities are already making the shift.

In Tunisia, where treatment infrastructure is well established, 30-43 per cent of purified wastewater is used for agricultural and landscape irrigation.

Farmers in the Tula Valley, downstream from Mexico City, irrigate 90,000 hectares of land using yearly 1,500 million cu m of untreated municipal wastewater. Though some natural purification of the wastewater occurs during transport, plans are in the works to build six treatment plants to adequately deal with food safety issues.

In Senegal, FAO is working with Dakar's city's sanitation agency on a project that will provide effluents from two treatment plants to urban irrigation districts for use by local farmers, who are getting training in best practices to ensure the safety of their produce.

Urban agriculture increases the availability of healthy and affordable food - usually fresh fruits, vegetables, eggs and dairy products - for other consumers, as surplus production is sold to neighbours.