The International Atomic Energy Agency (IAEA), Namibia’s Ministry of Agriculture, Water and Land Reform and Germany’s Institute of Geosciences and Resources are collaborating to investigate Namibia’s water resources to protect them and make sure water supplies are sufficient year-round 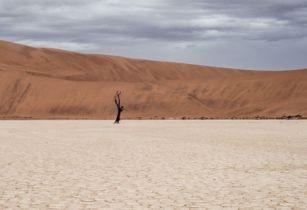 Sandwiched between the Namib and Kalahari deserts with only five permanent rivers, Namibia is prone to droughts and suffers from limited freshwater resources. (Image source: IAEA)

The project will use isotope hydrology techniques to monitor groundwater resources and to assess the impact of climate change and variability in water from major aquifers in the country’s southwest.

“Using isotopes to assess our groundwater resources is of extreme importance to us for maintaining reliable sources of water throughout the country,” said Anna Kaupuko David, a hydrogeologist at Namibia’s Ministry of Agriculture, Water and Land Reform. Faced with the potential of devastating droughts in her country, Kaupuko David wants to use isotopic techniques to assess if the country’s current plans are sufficient. “If we suffer from a drought, the Windhoek aquifer becomes our emergency water supply for the city and can last at least three years.

However, it’s unclear how using the aquifer in this way would impact its future and we’ve been trying to use surface water from our dams to recharge it for times of drought. But with a growing population, it’s never enough,” she said.

The impact of climate change on groundwater sources is severely impacting availability and quality in Namibia. According to some experts, increasingly extreme weather conditions and a drought emergency declared in 2019, annual rainfall may not be sufficient to replenish groundwater resources in the country. The growing influx of people living in and moving to the capital Windhoek and to coastal cities is adding to Namibia’s struggle to maintain water supplies.