Dam levels in KwaZulu-Natal experience a decline, albeit minimal

Dam levels in KwaZulu-Natal continue to experience a weekly decline, recording 70.1% from last week’s 70.4%, according to a weekly report on the status of water levels in the province issued by the Department of Water and Sanitation 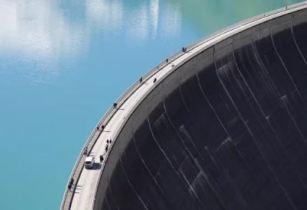 Spokesperson Sputnik Ratau said, when compared to a similar period last year, that the province’s storage capacity was much improved; then it stood at 59.7%.

He said that the province’s water supply system, Umgeni, was doing incredibly well as it has recorded an above average percentage of 80.1%, from last week’s 80.8%.

The System, with five dams supplying it, stood at 69.9% last year, comparative to the current year.

“We have dams such as the Midmar within the Umgeni Water Supply System which presently stands at 95.8%, down from 96.9% recorded last week,” said Ratau.

Also on a downward spiral and is a source for concern is the Mearns Dam which has declined sharply from 91.2% to 61.0%. It recorded 45.4% during a similar period last year.

The Department has called for prudent water use and urged residents to report water leaks and infrastructure vandalism to local authorities.