Abengoa, a multi-national infrastructure company working in the energy and water sectors, has contracted the engineering project solutions team at Ingersoll Rand to design a tailored compressed air system for the Agadir-Chtouka desalination plant in Morocco, with the latest CompAir technology 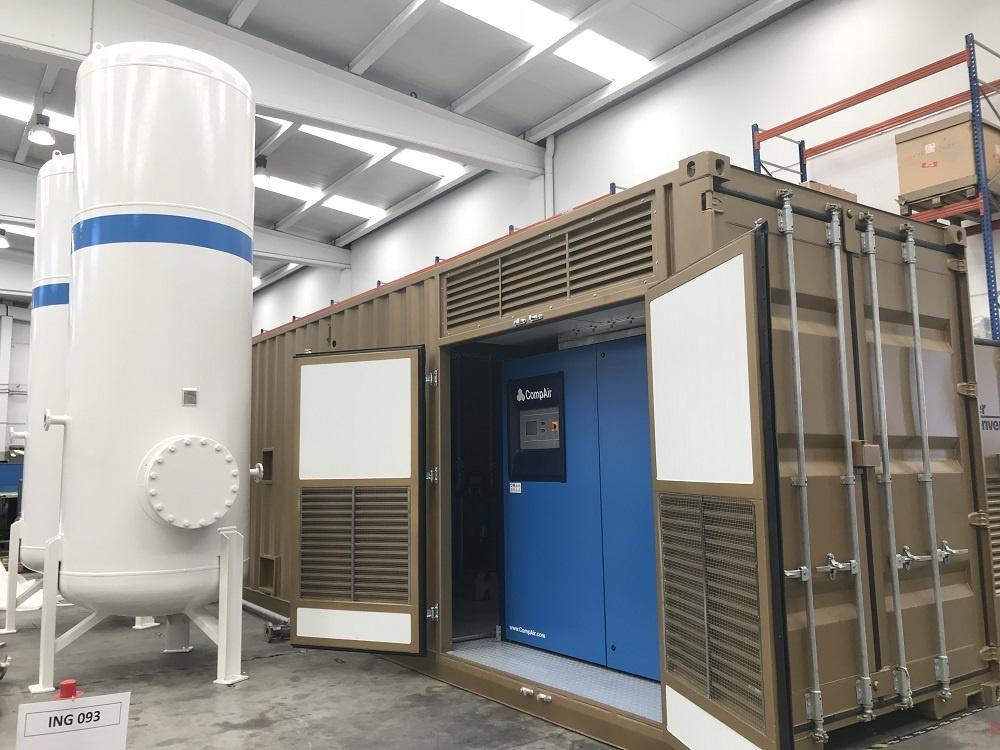 Water plants depend on high-quality instrument air and service air to be exceptionally clean and free of contaminants such as moisture and particles. The Agadir-Chtouka desalination plant required instrument air to power pneumatic equipment, valves and some electrical controls, as well as service air for the industrial processes at the facility, including seawater intake, the re-distribution of salt to the sea, storing drinking water in tanks, and cleaning these tanks too.

As a result, the Agadir-Chtouka desalination plant needed a reliable, solutions-driven compressed air partner. Furthermore, the site needed a specialist with a proven track record of meeting the industrial air demands of large-scale engineering projects in areas with challenging environmental conditions, like the deserts of the Souss-Massa region where the new plant would be constructed.

Abengoa signed contacts to develop a desalination and irrigation project in the Agadir region in 2017. Due to come into service March 2021, the plant will have an initial production capacity of 275,000 cu m of desalinated water every day, with a maximum capacity of 450,000 cu m expected. The plant will be accompanied by reservoirs for storing drinking water, at least five pumping stations, 22km of pipelines and a distribution network of 490km. At least 150,000 cu/m of water will be transported daily to Greater Agadir, delivering drinking water to 2.3 million people in the region of Souss-Massa, and then part of the water treated by reverse osmosis will also be used to irrigate 15,000 hectares in the Chtouka Ait Baha region. The facility will be the largest seawater desalination plant in Africa.

To meet the demands of the harsh desert environment, Ingersoll Rand’s engineers designed a customised enclosure for the entire system, which covers compressors, dryers, filters, pipework and its PLC system. Measuring just ten metres long, the container provides vital protection against the ambient conditions of the desert environment, while also incorporating air ducts to deliver the necessary ventilation that the equipment needs to operate as expected. The customer also required a special gold colour coating for the enclosure, in order for it to blend in with its surroundings.

In total, two oil-lubricated rotary screw compressors and two refrigeration dryers were supplied from CompAir, as well as various other downstream parts, including filters and tanks. Full service and maintenance contracts have also been supplied by Ingersoll Rand, together with a two-year spare parts package and an extended warranty period.

Lucia Morote, project manager for the engineering project solutions team at Ingersoll Rand, explained, “Having an exclusive project management team for EPC projects helps us create a strategic value chain that gives companies an edge on their competitors, particularly in complex contracts and special applications. This is also a benefit for EPC contractors. Being able to deliver projects on time and without extra costs often determines whether a company will be awarded a project.”