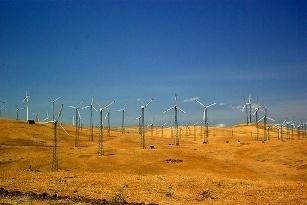 The wind turbine manufacturing facility is expected to produce tubular steel towers ranging from 80 metres to 120 metres, with individual sections weighing 40 to 60 tonnes. The facility is being constructed in Zone 3 at the Coega Industrial Development Zone (IDZ).

According to CDC, the wind tower factory project has created 250 temporary jobs in the region.

CDC head of marketing and communications Ayanda Vilakazi said, “Investors who decide to enter the Coega IDZ are given the option to use CDC’s infrastructure and construction services. We make sure that small construction firms also gain some work in projects such as the wind turbine manufacturing facility, as the aim is for small and medium enterprises to benefit from 35 per cent of CDC’s procurement.”

CDC business development manager (energy sector), Sandisiwe Ncemane, said the Coega IDZ is poised to link the renewable energy and logistics sectors in the Eastern Cape province in the future.