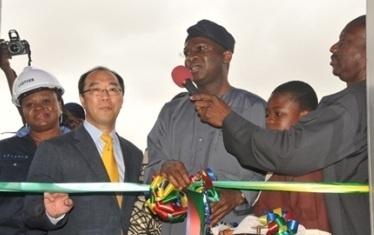 The academy has plans to train more than 10,000 electronic engineers in Nigeria and other West African countries by 2015. According to SEWA, establishing the academy was part of its decision to boost technical and engineering skills in the sub-region.

The technology firm has partnered with the Lagos Eko Secondary Education Project to set up the academy.

Lagos State governor Babatunde Fashola, who recently inaugurated the centre located on the premises of the Government Technical College at Ikeja, said that there was an urgent need to develop technical skills in Nigerian students.

Speaking at the event, the managing director of Samsung Electronics West Africa, Nicholas Shin, remarked, “Our aim is to promote co-operation, innovation, wealth creation and facilitate thought leadership in communities where we operate in response to the real need and conditions.

“Samsung Engineering Academy is an initiative undertaken in response to the need to train skilled workforce of technicians who will become service experts empowered to create wealth,” he added.