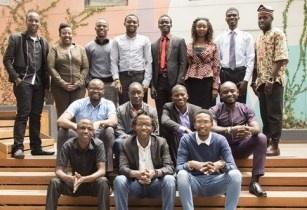 The 2018 shortlist for the Royal Academy of Engineering’s Africa Prize for Engineering Innovation has been announced in Cape Town, South Africa

The shortlist recognises some of the most talented engineers across sub-Saharan Africa, including innovators working to make malaria and reproductive health tests easier, using dolphin-inspired echo-location for visually impaired people and recovering precious metals from car parts for re-use in manufacturing.

Each of the 16 engineers will develop skills that become part of a growing community of talented African engineers working to accelerate socio-economic development through business.

The shortlist, representing the fourth group of engineers supported through the Africa Prize, has also featured several digital innovations. These include mobile apps that aims to grant micro-loans immediately, an app for musicians to manage bookings and sell merchandise and another app to help commuters book one of the 20,000 trips taken daily on motorcycle taxis in the city of Kigali in Rwanda.

Some of the agricultural innovations include sensors to send soil information to the farmers, an online platform to help farmers triple their yield and a low-tech dehydrator that extends the shelf-life of crops tenfold, improving food security.

“Turning engineers into entrepreneurs is vital to unlocking the creative solutions that exist across Africa,” said Moses Musaazi, judge of Africa Prize. “The Africa Prize’s support gives engineers the confidence to approach funders, clients and investors and the knowledge to improve their supply chain and business models.”

“The Africa Prize recognises talented engineers from across the continent, supporting countries that aren’t typically seen as a source of innovation,” said Rebecca Enonchong, judge of Africa Prize. “This diversity helps drive more innovation during the programme, amplifying their potential for real economic and social impact.”

After six months of mentoring and training, four finalists will be selected from the shortlist. In June 2018, the finalists will present their businesses to judges in front of a live audience, after which one winner will receive US$33151.13.