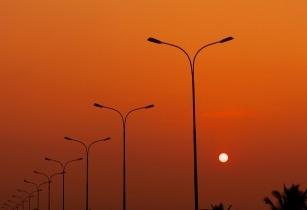 Prefos Ghana has also won the contract to install streetlights in all cities and urban areas. This is in line with the government’s decision to beautify cities and provide adequate security for residential areas, stated local reports.

In order to address the energy crisis in the West African nation, Prefos Ghana would also impart training to the youth to help design and build solar panels and invertors, which would be installed on the streetslights, particularly those at locations far removed from urban centres and are also not connected to the national grid.

Emmanuel Armah-Kofi Buah, minister of energy and petroleum in Ghana undertook an inspection tour of the company, stating that the government is keen to support local industries and manufacturing facilities to make the economy self-sustained.