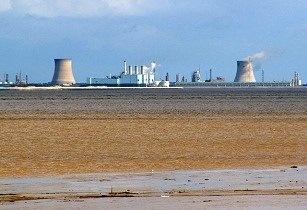 Inspection organisation and provider of automotive services DEKRA has signed a purchase agreement for the full acquisition of South African non-destructive testing (NDT) firm Raysonics in Vanderbijlpark, south of Johannesburg

Raysonics has more than five locations in the major industrial centres of South Africa and offers a broad range of conventional techniques for NDT as well as advanced testing methods.

Ivan Holden, managing director of Raysonics, said, “Under the umbrella of an international expert organisation, we can serve our customers more extensively, with the benefit of the transfer of the latest technology and expertise”.

Raysonics' clients vary from the power generation to petrochemical plants sectors, as well as from industries such as mining, steel production, casting, aviation and rail transport. The company also operates with its services in the neighbouring countries of Mozambique,Namibia, Angola, Botswana and Zimbabwe.

Stefan Kölbl, chairman of the management board of DEKRA e.V. and DEKRA SE, remarked “The acquisition of Raysonics is an important step in our global expansion strategy.

“We are consistently pursuing the objective to establish DEKRA as a leading provider in the area of industrial testing in the strong growth global regions. As a result of this transaction, we have gained access to very interesting markets in southern Africa with its increasing demand for modern testing services.”

Ivo Rauh, head of the DEKRA Industrial business unit, added, “Raysonics is strengthening our material testing and inspection service unit quite significantly. Thanks to the intensive transfer of technology within the DEKRA group, we have the opportunity to continue to expand our position.”