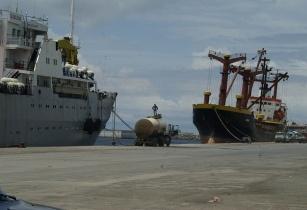 Leaders from Kenya, Uganda, Ethiopia and South Sudan are seeking private investors from the US for the US$24.5bn Lamu Port-Sudan-Ethiopia Transport and Development Project (LAPSSET) that is currently underway

The heads of state from the four African countries will engage with private American investors during the US-Africa Leaders Summit in Washington, scheduled to be held until 7 August 2014.

The leaders have also met with investors from the Middle East and the Indian Ocean Rim.

LAPSSET is a joint effort by Kenya, Ethiopia and South Sudan, which involves the development of an 800 km road system, a standard gauge railway, a 1,300 km oil pipeline, an oil refinery and an airport as well. The project will connect Kenya’s port of Lamu, Isiolo Town and Turkana oilfields.

Silvester Kasuku, chief executive of the Lapsset Corridor Development Authority, said, “Work on the US$3.1bn Lamu Port is progressing well along with the other LAPSSET projects."

The project is also expected to aid the transport of oil from fields in southern Sudan and northern Uganda.