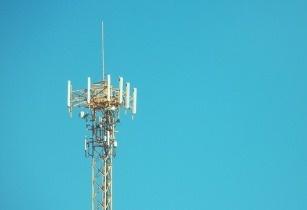 Tunisia has one of the most sophisticated telecoms and broadband infrastructures in North Africa, with mobile and Internet penetration rates among the highest in the region

Stimulated by the Digital Tunisia 2020 programme, a number of regulatory measures and infrastructure projects have been set up to improve Internet connectivity in underserved areas.

These initiatives will also see the auction of spectrum in the 800MHz band for IoT and mobile services. For its part, the incumbent telco Tunisie Telecom has invested in its LTE network as well as vectoring VDSL and fibre infrastructure.

The company is also in the process of migrating Internet traffic to its new Broadband Network Gateway (BNG) platform.

The events of the ‘Arab Spring’ revolution in 2011 drove the country into a brief recession, but GDP growth soon returned to pre-crisis levels. This encouraged growing confidence in economic recovery, though GDP growth has been modest. Political difficulties in recent years have also had an impact on the telecom sector.

Ooredoo and Orange Tunisie are also licensed as fixed-line operators and have launched DSL and Fibre-to-the-Premises (FttP) services. In addition, a dozen public and private ISPs compete in this sector, supported by a nationwide fibre optic backbone network and international access via submarine and terrestrial fibre.

A reform of the country’s Telecommunications Act was initiated in 2013 and government Internet censorship was officially abolished. In addition, laws supporting e-commerce and digital signatures have been passed, which has led to one of the most active e-government and e-commerce sectors in Africa.