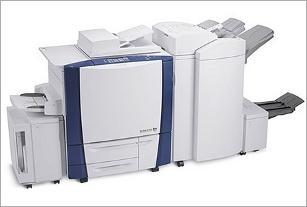 Nedbank has invested R1.4mn in 11 Xerox ColorQubes as part of a printer consolidation exercise. The investment makes Nedbank the largest ColorQube user within the financial services sector in southern Africa. These output devices were supplied by Bytes Document Solutions, distributor of Xerox products to 27 sub-Saharan countries.

The recent acquisition is in line with Nedbank’s drive to reduce printing costs and maintain its green profile – the bank is already carbon-neutral. The ColorQube is the world’s leading eco-friendly multifunction platform, having been designed with environmental sustainability in mind.

“We were attracted to the Xerox ColorQube for a number of reasons,” says Johan van Tonder, Nedbank’s senior manager for end-user computing. “Our existing executive printer fleet was reaching end of life and this contributed to the technology refresh incentive. As a strategic initiative, we want to reduce the number of printers within the bank, and the ColorQube lends itself to such a drive.”

Printer consolidation is a growing trend among corporates. It confers manifold benefits: reduced electricity usage; less space; better control of paper and toner; enhanced security; better utilisation of IT resources; reduced maintenance; duplex printing; and improved asset management. The ColorQube was designed from the ground up to reduce costs and enhance environmental impact. It uses solid wax rather than traditional toner, which means 90 per cent less waste, along with an exceptional print quality. Nedbank is currently deploying the initial printer fleet at its head office campuses in Sandton, with eight machines at 135 Rivonia Road and three at 105 West Street.

“The ColorQube promised us these benefits, and more,” says Van Tonder. “We took a test unit some time ago, and we could project cutting our printing costs by up to 40 per cent, including reduction of per-print cost in some cases from more than R1 to under 50c a page. Despite the cost reduction, print quality was non-negotiable, especially when printouts are used for board management packs. The high-quality wax finish was a significant factor in going the ColorQube route, as well as the fact that we can do colour and black and white from the same printer”.

Despite all the benefits printer consolidation confers, IT often encounters opposition to printer consolidation, as users who are attached to their own standalone printers resist the exercise. In Nedbank, however, “We have had the full backing of all executives, from our CEO Mike Brown right down,” Van Tonder says.

To further extend the benefits of its ColorQube fleet, Nedbank is implementing Xerox Device Manager (XDM), which is part of Xerox’s printer management solution. This will allow IT to manage, monitor and obtain reports on any networked printer or multifunction device in the enterprise.

“Our technology perfectly matches Nedbank’s green value proposition,” says Mari Powell, national key accounts manager in the Xerox division at Bytes Document Solutions. “As the benefits of the ColorQube become apparent and the devices deliver in terms of return on investment and environmental benefits, we can expect more divisions and lines of business to adopt the printers as a corporate standard.”