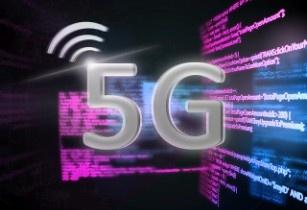 GlobalData has revealed how 5G can influence the deployment of emerging technologies such as the Internet of Things (IoT), autonomous vehicles, robotics and drones, and virtual reality (VR)

GlobalData, a data and analytics company, has stated that 5G mobile technology’s intrinsic capacity to connect the Internet’s end systems with enhanced data flows and faster response times will unlock the full potential of emerging technologies.

Archi Dasgupta, director of Disruptive Tech at GlobalData, said, “In addition to the striking speed, which enables data transmission between two end systems almost instantly, 5G’s ability to connect thousands of such devices at once with lower latency, higher reliability and lesser battery consumption lays a strong foundation for the effective adoption of emerging technologies.”

In the case of IoT, GlobalData stated that 5G could find its major use case in helping IoT applications to overcome 4G limitations in industries such as mining, where lower latency and reliability are critical for daily operations and safety.

Swedish miner Boliden, for example, collaborated with Ericsson to deploy 5G at its Aitik mine equipped with hundreds of industrial automation sensors. With the use of 5G networks, Boliden expects to uncover a potential business value of more than US$2.7mn in net savings annually.

And the cellular vehicle-to-everything (C-V2X) communication project by 5G Automotive Association (5GAA) consortium, which has Audi and BMW as members, is looking up to 5G to extend communication range and enable faster data transmission between numerous sensors in the driving environment and centralised servers to coordinate autonomous driving safely and efficiently.

According to GlobalData, 5G can fill the gaps in 4G with virtually instantaneous response times essential for robots to process more data in real-time, absorb new things and better communicate with the real world. While a 5G robot by KT Corp is already active in South Korea for coffee making, the technology is expected to be the key enabler of next-generation robotic applications such as telesurgery.

The analytics company added that 5G’s elevated bandwidth will enable drones to shoot live 4K or 360-degree videos through their cameras and revolutionise the way people watch videos.

GlobalData revealed that the widespread adoption of VR depends on reliable 5G networks as the immersive technology consumes huge data. The VR head-mounted displays currently require a powerful PC to run and store, which means the experiences are confined to a location and requires high power. The edge cloud capabilities of 5G look to have a solution for all these problems.

“While the commercial adoption of 5G for broader industrial applications is expected to take off in the early 2020s, its mainstream adoption could take longer due to several hurdles – the most crucial being cost. As the technology uses a totally different wavelength and needs much higher bandwidth compared to 4G and 3G, it requires network operators to replace the entire existing infrastructure. However, 5G adoptions will increase gradually and complement the effective implementation of emerging technologies,” Dasgupta concluded.