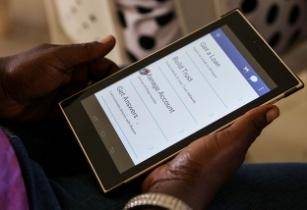 The pan-African bank’s digital strategy leverages digitalisation for scale and ubiquity and is the major plank in its ambition to be the top consumer financial services franchise in Africa and to achieve its target of serving 100mn customers.

The Ecobank Mobile App, which has already been downloaded by more than five million people, is a unified banking app serving 33 African countries, enabling 24/7 banking services and transactions in 18 different currencies and in four major languages such as English, French, Portuguese and Spanish.

Commenting on the award, Ade Ayeyemi, CEO of Ecobank, said that going forward, Ecobank will focus on developing its products and services to meet the demand of more customers.

Ecobank was also shortlisted at the Retail Banker International awards for:

· Product Innovation of the Year for its groundbreaking Ecobank Mobile App