UK exporters have gained a foothold in West Africa, which accounts for more than one-quarter of Africa’s GDP 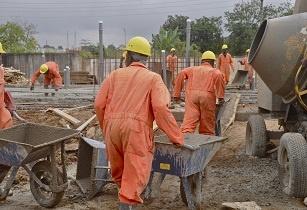 UK funding has been deployed to a range of vital infrastructure projects. (Image source: Adobe Stock)

UK Export Finance has released new data showing that it provided more than UK£500mn (approx. US$673mn) worth of support for projects in West Africa throughout 2021, the most in over two decades.

Demand for UK products and services expands in West Africa, with deals to build hospitals, roads and bridges; UK government export finance support at its highest in decades in the region.

At the recent Africa Investment Conference the UK Prime Minister, Boris Johnson, said the UK is already one of Africa’s biggest commercial partners but “we are determined to do much more - our shared task must be to ensure that Africa prospers from the green industrial revolution.”

At the conference, more than 3000 delegates took part, boosting trade and investment ties between the UK and the continent. The government is also mobilising support from its export credit agency, UKEF, to boost exports to Africa.

The region provides a unique opportunity for UK exporters as West Africa has experienced a surge in economic growth since the early 1990s. Research shows that since 2000 its collective GDP has risen from US$105bn to more than US$659bn in 2020.

The UK’s Minister for Investment, Gerry Grimstone, said, “We want more British firms to sell to the world, taking advantage of new opportunities that present themselves in growing markets like this. The potential is huge. This government has the finance available to back British firms going global in West Africa, supporting growth and development in the region and helping communities and local economies to thrive.”