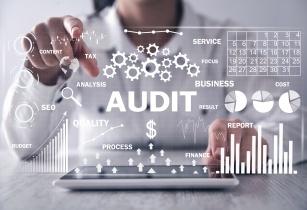 Speaking at the EBII Africa Investments Risk and Compliance (IRC) Summit on 30 July at the University of Oxford, President of the Republic, Nana Addo Dankwa Akufo-Addo admonished African governments to build robust financial compliance systems, and ensure strict enforcement of these systems

Speaking on the theme “Financial Crime Compliance and ESG - The Future of African Investment”, the president stated a recent report has put the cost of financial crime compliance across all financial institutions, globally, at an all-time high of US$180.9bn for the year 2020.

“Five years later, according to UNCTAD’s Economic Development in Africa Report 2020, the figure has gone up from US$50 billion to $88.6 billion each year. That is a lot of money in any currency, and it is money we ill-afford to forego. It is money that would make a significant addition to the investable funds of the continent,” he said.

“Persons, largely the multinational companies, who come to do business in Africa, are, undoubtedly, involved in these illicit transactions, with the complicity of some Africans. We must, therefore, build robust financial compliance systems, and ensure strict enforcement as a deterrent,” he added.

Welcoming the OECD’s new initiative that would require multinationals to pay tax in countries where they have commercial, not jurisdictional, presence, President Akufo-Addo stated that the “acid test of our friendship with countries, which are the hosts of these multinational corporations, should be the extent to which they oblige them to comply with this new initiative.”

While expressing relief that Ghana had been removed from the Financial Action Task Force (FATF) 'Grey List', following the renewal of the international community’s confidence in Ghana’s Anti-Money Laundering and Countering the Financing of Terrorism (AML/CFT) regime, President Akufo-Addo pointed out that many of the regulatory requirements put in place are cumbersome and expensive for small countries.

If Africa is to be an integral part of the financial world, the President reiterated, “We would have to demonstrate that we can play by the rules, just as the investors should, and, thereby, safeguard the future of African investments.”