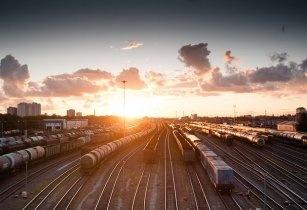 Partnerships in mega projects are critical to the success of the Africa Continental Free Trade Agreement (AfCFTA), according to the South African High Commissioner to Mozambique, Mandisi Mpahlwa

Mpahlwa was speaking on day two of the South Africa and Mozambique virtual Trade and Investment seminar which took place under the theme Developing Afrocentric solutions and forging partnership in response to COVID-19.

More than 360 businesspeople attended the webinar that was focused on trade and investment opportunities available in Mozambique and also discussed strategic issues regarding Mozambique’s investment plans to stimulate the country’s economic growth amid the COVID-19 pandemic.

According to Mpahlwa, mega industrial and infrastructure projects require collaborative approaches and have an important dimension with regards to facilitating market access, because they assist in putting in place the necessary integrative infrastructure, which brings the countries together and ease the flow of goods between the countries.

John Rocha, chief director of trade invest Africa, a division of the dtic, said, “The five working groups are on agriculture and agro-processing, natural gas, electricity and power, transport and logistics infrastructure, and trade and investment. We have also agreed to mainstream within these working groups, the financing element and industrialisation component in terms of the regional value chains that can be developed and created,”said Rocha.

Some of the topics that were covered by the seminar include: the impact of COVID-19 on trade and investment between the two countries, infrastructure projects as catalysts to enhance economic growth and regional integration, the Mozambique Liquid Natural Gas (LNG), Mozambique electrification plant, Project Financing, developing agricultural value chains and linkages to ensure food security, and mobilising private sector resources to deliver mega industrial and infrastructure projects while maximising African content in African projects.