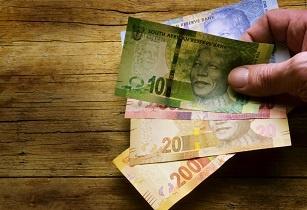 Oxford Business Group (OBG) have released a review of 2021 for Africa noting that while the continent saw growth across the year, its recovery remains fragile

According to the IMF, in its most recent outlook, predicted that the continent will see growth of 5.1% this year with North Africa to expand by 6% and sub-Saharan Africa 3.7%. This is against a global average of 5.9%.

However, the World Bank has reported that this is a fragile recovery which is party due to the low vaccination rates despite the efforts of national and international bodies over the year.

OBG’s report stated that structural reforms were carried our in various countries in response to the pandemic with the World Bank praising the unification of exchange rates in Sudan, fuel subsidy reform in Nigeria and the opening to the private sector of the Ethiopian telecommunications sector.

Another significant shift has been a growing emphasis on the importance of renewable energy. Most notably, Egypt aims to generate 42% of its power from renewable sources by 2035.

One of the major milestones of 2021, the OBG report continued, was the launch of the African Continental Free Trade Area (AfCFTA) which came into effect on 1 January. It is widely hoped that this will give rise to an increase in the coverage and quality of infrastructure across the continent with many sectors expected to benefit (such as the textile industry).

From the chaos of the pandemic also came positives, with the acceleration of the spread of technologies one of the most notable bright spots. Progress towards the proliferation of artificial intelligence, the IoT, big data and blockchain were already under way on the continent but was dramatically expedited. OBG noted the massive expansion in mobile technology, with consumers leapfrogging traditional development channels and going straight to digital services, particularly with banking.

The report concluded by noting that there remains a number of challenges that need to be overcome before Africa can fulfil its full potential. For instance, ICT infrastructure gaps and an undercapitalised start-up ecosystem remain a key hurdle and education systems are often inadequate. However, various initiatives are taking steps to address this with, most notably, the African Development Bank (AfDB) running a Coding for Employment scheme as part of its Jobs for Youth in Africa strategy.