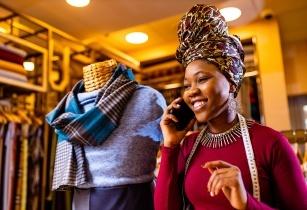 Nigeria is showing improvement in boosting up its economy, however, there are numerous factors that could potentially derail this recovery, analysed NKC African Economics, an Oxford Economics company

As reported in the survey, there has been some economic improvement but both price inflation and unemployment remain elevated. External liquidity constraints are deterring foreign investment and hampering domestic economic activity.

The fiscal outlook has deteriorated due to a delay in subsidy reductions and expectations of sticky spending following the pandemic-induced increase in expenditure. Meanwhile, public debt do not raise red flags, but public debt is becoming increasingly expensive, with a larger proportion of external, commercial debt. Around 60% of federal government revenue will be absorbed by debt servicing costs by 2024, according to the government’s fiscal strategy. Long-standing issues plaguing the monetary sector will have to be addressed for the recovery to gain real traction.

The Central Bank of Nigeria took a major step towards exchange rate unification by officially adopting the Nafex rate. The spread between the Nafex rate and parallel market rate remains considerable, but the latest move will support the external liquidity position by easing pressure off forex holdings to a certain extent. Exchange rate policy has been a sticking point between Nigerian authorities and multilateral organisations. Meanwhile, adoption of the Nafex rate suggests a willingness to compromise, which could access additional external support.