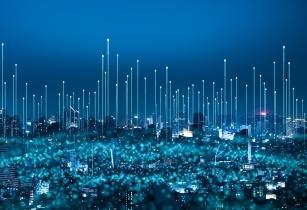 The new global research study (on blockchain-based mobile network operator World Mobile) with professional investors responsible for around US$700bn assets under management by independent research company PureProfile found one in four expect the value of Africa’s internet economy to more than double over the next three years from the current estimated US$115bn. More than half (51%) expect it to be worth more than US$200bn by 2025.

Increased use of mobile phones will be central to the growth which will be further enhanced by improved affordability, the study with investors in the US, Germany, the UK, Hong Kong, India, Japan, Nigeria, and Switzerland found. Around 71% of investors expect affordability of mobile phones in Africa to improve over the next three years, while nearly all professional investors (97%) believe the Covid-19 pandemic has accelerated demand for mobiles.

Professional investors questioned believe healthcare is the sector which will see the most benefit from increased connectivity. Around 53% highlighted the opportunities for healthcare ahead of e-commerce on 42% and media and entertainment on 40%. Education was chosen by 33% of professional investors questioned alongside finance which was selected by 34%.

World Mobile is launching its hybrid mobile network supported by low altitude platform balloons in Zanzibar. It plans to roll-out the plan throughout the continent and is already in discussions with government officials in Tanzania and Kenya, as well as other territories underserviced by traditional mobile operators.

Micky Watkins, CEO of World Mobile, said, “Professional investors see the opportunities for the African internet economy and are clearly expecting mobile phones to play a central role in driving it forward over the next three years. Affordability is central to the increasing adoption of mobile phones but none of it is achievable without connectivity. We want to help create a world where everyone can access affordable connectivity, a world where economic freedom is a truth and a world where people are able to jump on the opportunities that internet creates.”

World Mobile’s balloons will be the first to officially launch in Africa for commercial use, providing a more cost-effective way to provide digital connection to people and is the first step in its mission to help bring nearly four billion people online before 2030 in line with the UN and World Bank’s SDGs.