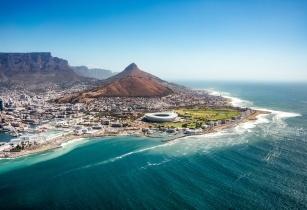 Sandile Ndlovu, interim executive director, AMD, said, “The AMD is a grouping of South African aerospace and defence registered entities whose focus is in high technology capabilities including the design, development, testing, evaluation, manufacturing, operating, upgrading, maintenance, repair and overhaul of air (including space) & sea (i.e. maritime & naval) platforms and their sub-systems - including items that are regarded as "dual use" for purposes both locally and abroad.

This critical arena requires a special and unique level of government support that is not necessarily pertinent to other local business arenas.

Ndlovu mentioned, “Around the world, the value of a country’s defence sector to its economy is enormous. It exists to provide sovereign security, of course, but the offering is so much more than this, which civil society does not always realise. The technology required in this sector is able to drive other innovations which, sooner or later, can have a positive effect on civilian life.”

From a local perspective, Ndlovu said that the technology in South Africa’s defence sector has allowed the country to remain globally competitive for decades, helping to cushion the economy from needing to import certain technologies, while creating jobs.

“South Africa is now famous the world over for its part in the Square Kilometre Array (SKA) Project, an international effort to build the world’s largest radio telescope, with a square kilometre of collecting area. It will be co-located in South Africa and Australia, deploying thousands of radio telescopes, and will enable astronomers to monitor the sky in previously unprecedented detail.

Addressing the issue, he concluded, “We are not yet at the desired levels, but are working towards it via our transformation charter, which was implemented two years ago. Transformation is a work in progress for this sector. The AMD is pleased to be playing its role in working towards technology sharing, job creation and community upliftment.”