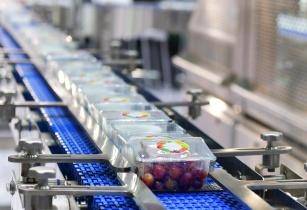 Adesina concluded a three-day official visit to Washington DC. Alongside the spring meetings of the International Monetary Fund and World Bank, the visit included several bilateral engagements with stakeholders on African development.

Replenishment efforts continue through October, when partners are expected to make their pledges.

During bilateral meetings, United States assistant treasury secretary, Alexia Latortue, said, the African Development Fund was critical to Africa’s the development landscape. She assured the bank president that the US remains a strong and proud supporter of the Fund, which has strategic focus and delivers impact. Latortue applauded the leadership of Dr Adesina in developing the bank’s bold African emergency food production plan to avert the looming food crisis due to the Russian war in Ukraine and assured of the strong partnership of the US Treasury Department on the plan.

Adesina highlighted the bank’s innovative Technologies for African Agricultural Transformation (TAAT), a programme operating across nine food commodities in more than 30 African countries. He said the bank will mitigate the effects of the food crisis through an African Food Crisis Response and Emergency Facility – a dedicated facility that will provide African countries with resources needed to raise local food production and procure fertiliser.

According to Adesina, a fertiliser crisis borne out of the Russian war in Ukraine could put more than US$10bn of food production at risk. He said a bank-initiated meeting of key global development, finance, public and private sector leaders is scheduled for mid-May to tackle the access to fertilisers for Africa.

Adesina was received at the White House by Dana Banks, special assistant to US president Joseph Biden and senior director for Africa at the White House. Banks said it is important to mitigate the spill-over of the Russian war in Ukraine on food security Africa and strongly welcomed the leadership of the African Development bank on its emergency food production plan for Africa.

A meeting of heads of regional multilateral development banks was held to discuss, among others, the impact the Russian war in Ukraine was having on development across the world. Adesina spoke about its direct impact on food and fertiliser supplies in Africa. He also emphasised the bank’s climate change collaboration with the global center on adaptation, as well as the bank's record-breaking 83% investment portfolio in renewable energy.

Adesina and several multilateral development bank heads agreed there was a need for a common voice on the re-channeling of the international monetary fund’s special drawing rights.