Opening up Africa’s borders to travel will drive investment and an economic rebound, according to the authors of the 2021 Africa Visa Openness Index 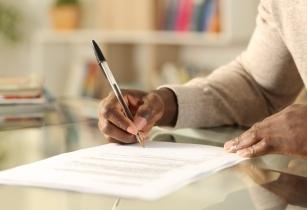 Africa is almost evenly split between countries with a liberal visa policy and those that partially restrict entry from other African states. (Image source: Adobe Stock)

The Index, published yearly since 2016, measures African countries’ openness to travellers from elsewhere on the continent. This year’s edition found that the onset of the COVID-19 pandemic substantially impacted free movement. “In this new era of travel, safety and hygiene protocols have become as important as travel documentation and visa formalities,” said the report, jointly released by the African Development Bank (AfDB) and the African Union Commission on 13 December.

“The evidence is clear: the countries that make it simpler for Africa’s business people, tourists, students, and workers to visit their territories, are the countries that stand to attract more investment and talent. They are the countries whose economies will recover quickly,” said Khaled Sherif, the AfDB’s vice-president for Regional Development, Integration and Business Delivery.

The Africa Visa Openness Index aligns with the African Union’s Agenda 2063 and the protocol on the Free Movement of People and, in particular, advances the implementation of the African Continental Free Trade Area, with a market of 1.3 billion people.