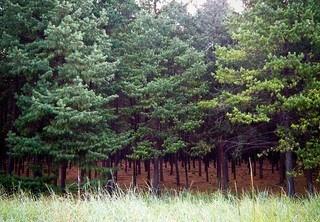 The Mpumalanga Disaster Management Centre in Mbombela had been on high alert as weather conditions suggested an out break of a fire in the woods.

The centre swung into action to contain the situation after fires swept through the province from 6-8 August 2012.

“There were seven big fires recorded, of which five were in the Lowveld along the Long Tom pass and the other two were on the South African Highveld region,” said department of Cooperative Governance and Traditional Affairs spokesman Simphiwe Kunene on 9 August 2012.

According to Kunene, two teams worked together to put the fires out while 21 aircrafts and 15 teams remained on high alert.

“The damage caused is restricted to forestry with no losses to life and property,” he added.

The total value of the damage is yet to be ascertained. The provincial government has instructed all municipalities to be on full alert and ready for any possible fires.

“Residents must report any fire as quick as possible to their closest fire brigade in their respective municipalities,” said Kunene.