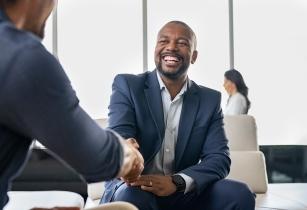 The aim is to strengthen the trade and investment between the countries. (Image source: Adobe Stock)

It was approved at a recent Special Board Meeting where the Board unanimously decided on a leadership restructuring to further accelerate the mandate to promote Canada-Africa trade and investment.

Sebastian Spio-Garbrah, the chair of the Board, is to be deployed to take up the newly constituted position of special envoy on trade and investment to the African Continental Free Trade Area (AfCFTA) secretariat, in Accra, Ghana. AfCFTA is the largest free trade area in the world measured by the number of countries participating, in excess of a projected US$3.4 trillion annual GDP. Preferential access to this emerging African trade bloc can effectively double the number of people and countries with whom Canadians can trade.

Spio-Garbrah’s mandate is to facilitate support for AfCFTA implementation, and information-sharing for Canadian and African stakeholders - to enable trade with an eventual single African market; respecting both Canada's trade diversification agenda and recognising its enormous success on existing free trade deals to date.

Dr Patricia Makhesha will be the new director, the current vice-chair, Gwenaële Montagner will serve as interim chair until the Chamber’s annual general meeting in early 2022. The new Chair of the Board will be elected by the members of the Chamber at the next AGM. Supporting the Chair of the Board from the Chamber’s offices in Ottawa is the newly elected vice-chair, Paula Caldwell St-Onge, the former director general for Africa in the Government of Canada who also served with distinction as Ambassador to Haiti. The Board also unanimously extended the mandate of the president of the Chamber, Garreth Bloor, for a second term of office until February 2025. Jacques NdoutouMvé and Susan Namulindwa remain vice-presidents of the Chamber.