The UAE ranks as one of the top five FDI source countries into Africa by capital investment, according to  Knight Frank’s Africa Horizons Report 2021/22 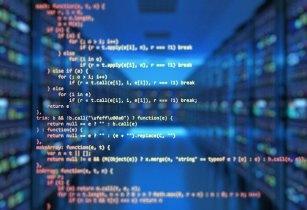 The report which outlines opportunities for investment across the continent, notes that Africa’s investment market is expected to remain resilient despite the pandemic and is well placed for investors to capitalise on these opportunities.

Further, the report notes that the ability of African cities to emerge resilient from the pandemic will depend on their ability to innovate, provide long term social solutions to their residents, attract funding and generate new demand for space. Nairobi ranks as the top city in Africa for innovation and ranks among the top 100 globally.

The report notes that Africa’s Data Centre markets can be categorised into three distinct tiers. Tier one markets include Johannesburg, Cape Town and Nairobi, which are already becoming Africa’s leading data centres markets. Tier two markets such as Addis Ababa, Dar es Salaam and Kampala are essentially cities in the most populous of countries or those with strategic positioning, while tier three markets are categorised as low population centres with relatively low ease of doing business.

Tilda Mwai, researcher for Africa, commented, “Innovation coupled with economic growth will drive the next decade of investment in Africa. Lower risk investors will likely favour cities with above-average innovation scores and a robust economy. These include Cairo, Egypt – the stand-out performer – and Johannesburg, South Africa. These cities have the greatest potential to remain economically resilient in the long-term despite undergoing short-term shocks. Cities that score higher for innovation but have less robust economies will attract those willing to take more risk, such as private equity investors. These cities include Nairobi, Kenya, Cape Town in South Africa and Kampala, Uganda.”