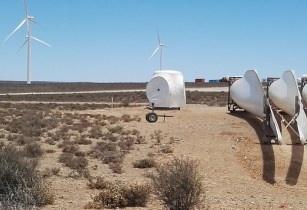 Mainstream Renewable Power is an independent global developer of renewable energy with almost 10,000 megawatts in the development and nearly 700 megawatts delivered into construction and commercial operation.

Mainstream has offices in seven countries, across four continents and currently employs over 160 experienced staff in its target markets.

Mainstream have confirmed their sponsorship of the Africa Energy Forum, and Commercial Manager, Adam Treki, will participate in the Panel Discussion ‘Country Focus: South Africa’ on Wednesday, 07 June, 9.00 to 10.15.