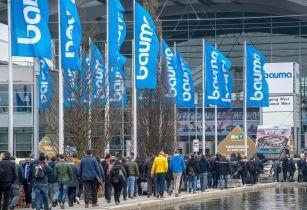 The Africa Energy Forum (AEF), the global investment meeting for Africa’s power, energy, infrastructure and industrial sectors, will be held during 7-9 June in Copenhagen

According to the organisers, AEF brings 75 per cent of Africa’s energy ministries, utilities and regulators to Europe to meet and do business with power investors from around the world. This year, African Ministries from Democratic Republic of Congo, Botswana, Burkina Faso, Ethiopia, Gabon, Madagascar, Morocco, Rwanda and Zimbabwe have confirmed to attend the event.

Twelve African ministers of energy and infrastructure and the Danish minister for development cooperation will address the forum and discuss energy incentives and projects with investors and international partners.

The ministers and government officials are to address the audience during the opening of the conference and exhibition on 6 June 2017. The forum will also see a strong representation from African utilities with CEOs from Kenya, Ethiopia, Morocco, Mozambique, Ghana, SAPP, WAPP, APUA, Zimbabwe, Namibia and Tunisia taking the lead in targeted country sessions to explore options for energy investment and capacity building across the continent.

The organisers have also commented that the forum this year will serve as a platform for Nordic countries to showcase their expertise regarding projects, technology and regional partnerships.

Several leading international development finance institutions have confirmed their support for the forum, demonstrating a united interest in Africa as a destination for long-term project investment. AEF 2017 will also host thoughtleadership seminars alongside the main sessions hosted by partners such as the World Bank Group and the European Investment Bank to address burning issues in the sector.

The previous edition of the event, AEF 2016, was hosted at the Intercontinental O2 in London and attracted 2,100 participants from 80 countries. Five major deals and mergers took place during the event, indicating the market position of AEF as a dealmaking platform