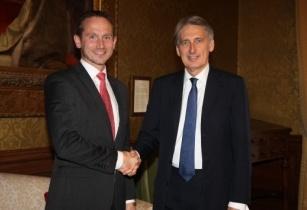 The 19th Annual Africa Energy Forum (AEF) has been announced to take place from 7-9 June in Copenhagen. The decision to host the Forum in Denmark was made in order to capitalise on the investment potential of Nordic countries into Africa and to showcase the technologies being utilised across the region to manage their cities cleanly and cost effectively, technologies which can be transferred to African nations

The Danish Minister for Foreign Affairs, Kristian Jensen, commented on the decision, “This is a big accolade for Denmark, and a good platform for promoting Danish companies’ involvement in Africa’s energy industry. The arrangers have selected Denmark because of our unique experiences of investing in sustainable energy in African countries such as Kenya and South Africa, and we are proud to be a showcase… we use public sector development money to raise capital from pension funds, foundations and private companies for energy projects in developing countries, not least in Africa.

This model plays a very central role in the drafting of new development strategies for the fulfilment of the 17 Global Goals, not least Goal no. 7 on sustainable energy and Goal no. 13 on climate efforts.”

Simon Gosling, Managing Director of EnergyNet, commented; “As Denmark leads the way with its green energy initiatives and blending of public and private finance, Copenhagen is the perfect location to welcome our international delegates and discuss project partnerships with some of the country’s leading energy companies.” The theme for the conference in Copenhagen in June 2017 is development financing institutions - and it is Denmark’s Investment Fund for Developing Countries (IFU) that plays such a central role in the development of energy projects in a number of countries, including those in Africa.