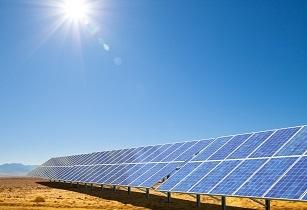 The PPA follows on from the signing of a Concession Agreement in February 2019. The 40MWac Khoumagueli Solar project will be Guinea’s first grid-connected solar photovoltaic plant and is designed to complement power generation at the nearby 75 MW Garafiri hydroelectric plant. The facilities will combine to maximise delivery of renewable energy to the national grid, with Khoumagueli Solar expected to mitigate against the impact of fluctuating rainfall on hydro power generation at the Garafiri plant.

Gilles Vaes, CEO of InfraCo Africa, said, “The PPA signing is a key milestone for the Khoumagueli Solar project which will deliver reliable, affordable power to Guinea’s homes and businesses. During these uncertain times, it is admirable that the teams involved have continued their work to achieve the signing of this important agreement. The signing demonstrates the ongoing commitment of EDG and the Government of Guinea to developing the country’s clean energy sector.”

The project is being developed by InfraCo Africa with the support of Aldwych Africa Developments Ltd, in partnership with experienced French solar PV developer, Solvéo Energie S.A.S. A Special Purpose Vehicle (SPV), named Khoumaguéli Solar S.A has been established under Guinean law, with the purpose of developing and constructing the power plant.

Jean-Marc Mateos, president of the Solveo Group, commented, “The Khoumagueli Solar project contributes to the energy transition on the African continent. It combines photovoltaic solar energy with hydroelectricity produced in Guinea, reduces the need for thermal energy and reduces the cost of electricity.”

EPC procurement is at a mature stage, and initial discussions with lenders have begun.