Sasol and ArcelorMittal South Africa have announced a partnership to develop carbon capture technology to produce sustainable fuels and chemicals, as well as green steel production through green hydrogen and derivatives 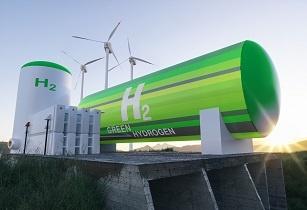 Under a joint development agreement, they will advance studies into two potential projects: the Saldanha green hydrogen and derivatives study, which will explore the region’s potential as an export hub for green hydrogen and derivatives, in addition to green steel production; and the Vaal carbon capture and utilisation (CCU) study to use renewable electricity and green hydrogen to convert captured carbon from ArcelorMittal South Africa’s Vanderbijlpark’s steel plant into sustainable fuels and chemicals.

“We are very excited to be leading the pre-feasibility and feasibility studies on these two potential projects that hold promise to unlock South Africa’s potential to be a global green hydrogen and derivatives player. These studies are anchored by the local need for green hydrogen and sustainable products, cementing Sasol as the leading contributor to the development of southern Africa’s green hydrogen economy,” said Priscillah Mabelane, executive vice president for Sasol’s Energy Business.

“These potential projects are an important kick-start to our decarbonisation journey and create an exciting opportunity to contribute to the South African government’s aspirations to transition to a green economy,” said Kobus Verster, chief executive officer of ArcelorMittal South Africa. “Just as importantly, by maximising the utilisation of our installed assets, we will also be stimulating economic growth in our host communities.”

The Industrial Development Corporation (IDC), commended Sasol and ArcelorMittal South Africa on their progressive partnership. “As government’s hydrogen economy development and commercialisation champion, the IDC supports sector linkages like this that are critical to realising South Africa’s ambition to develop the green hydrogen economy,” said Joanne Bate, chief operating officer for the IDC.

The Vaal Triangle in South Africa has been home to fossil fuel-based industrial operations that have been crucial to the country’s economic development, supporting many livelihoods through job creation and contribution to the country’s GDP.

The Vaal CCU study will explore using up to 1.5 million tons a year of unavoidable industrial CO2 captured from the ArcelorMittal South Africa’s Vanderbijlpark Works. The CO2 is envisaged to be transported to the Sasolburg and Ekandustria operating facilities in Sasolburg, and together with green hydrogen, will eventually replace natural gas as a feedstock to produce sustainable chemicals products.

The two potential projects will drive the re-industrialisation of both the Saldanha and the Vaal regions, seeding the opportunity for the development of a green hydrogen ecosystem, thereby enabling long-term, sustainable benefits for communities and the country. They are expected to provide a significant number of jobs, infrastructure investment and skills development in the country, enabling a just transition.